What happens when it all gets wrong before it all starts.

Home - BSI VC - What happens when it all gets wrong before it all starts.
24Jun

What happens when it all gets wrong before it all starts.

This post was inspired by Luke Hally from Dragonbill
which was in turn inspired by Mike Moyer who wrote a great article in BRW called “Slicing the Pie” which discusses how to split the pie when there is no money in a start up – equity is split based on relative value that is agreed between the party based on what each brings to the table. (Eg 50/50 or 60/40 or 80/20! )
A common dilemma that I have seen all to often in a start – up is when a co-founder of such a company decide to split – but the company is still  effectively valueless
Situation:-
2 people get together to commercialise an idea  that has been inspired by a pain in the marketplace.
Both have no money – but decide to work together to create an MVP (minimum viable product) that’s going to turn into the proverbial Unicorn (the next big thing)
It’s now 1 year in – and the MVP is hot! The entrepreneur (Harry) is convinced that customers will be chomping at the bit and that the Unicorn will form…. But there is still much to do.
Nadine has had enough – she wants out – Harry is driving her mad – it’s like Harry has come from a different planet and cannot communicate – he does not understand code – he does not understand that it cannot be done – and that it is impossible to do it his way – he is crazy – (it’s like coders are from Mars and Entrepreneurs are from Venus :))
The business is effectively still valueless at this point .
Nadine has the code and will not release it until he gets paid for the work that he has done and is not prepared to get diluted! 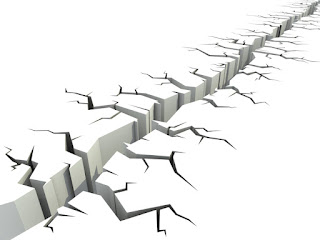 Harry is seriously pissed off – as he cannot go forward – what does he do?
LESSON
“Whatever you do to set up you company and what ever contract and agreements you have, make sure you regularly get copies of the source code.”
It’s not being untrusting or suspicious, it’s being prepared. Aside from arsehole protection, you need to be prepared for accidents or illness. Death or incapacitance is a tragedy, but it shouldn’t kill the business.
(By the way – make sure you have in place a buy- sell agreement and key man insurance – it is key!!!)
ACTION POINTS to do TODAY
1. Do you have access to the source code for your project? If not, get it sorted out today. Call or message or email your tech cofounder right now and tell them you need to have a backup incase they have an accident, go rogue or die.
2. Get a developers agreement with your developer saying your company owns all the IP
3. Have the talk about equity and make it official – set up a company and have a shareholders agreement – so you all know where you stand and what is expected of each of you. Once everyone knows what is expected of them and the intention is that they will be fairly rewarded, you can focus your energy on building your empire together.
If you need any of the above feel free to email me on [email protected] .