What drives Elon Musk to Succeed

What drives Elon Musk to Succeed

This post was originally published by Australian Financial Review&nbsp;
Elon Musk, a regular Dude who grew up in South Africa, has taken on the aerospace industry, aviation giants, energy utilities, oil companies and the car giants of the auto industry . . . and winning.

Musk’s Model 3 Tesla was unveiled. The mass-market electric car has pre-sold more than 325,000 units, set to be delivered in the next two years. These numbers mean the company has implied future sales of $14 billion making it the largest one-week product launch of all time.&nbsp;
Tesla, is not about selling cars&nbsp;
“we are taking a huge step towards a better future by accelerating the transition to sustainable transportation.”
SpaceX – Musk’s commercial space exploration company – has launched its Falcon 9 rocket into orbit to deliver a payload to the International Space Station, and managed to bring the rocket back to earth and for the first time in history, land safely on a drone ship in the middle of the Atlantic Ocean. &nbsp; Landing at sea is desirable because a rocket returning at 5,000mph from lunar orbit means that if something goes wrong, the landing coordinates can change considerably – somewhere like the Atlantic offers a greater safety margin.&nbsp;
SpaceX’s mission is about “making humanity multi-planetary – with a goal of landing on Mars within the next 15 years.
What has made Musk “succeed? What has driven him to be regarded as one of the most successful humans on the planet?
in 1995, he asked himself a question: ‘What do I want to dedicate my life’s work to?’&nbsp;

What was his Vision?
His answer was simple&nbsp;
&nbsp;
“to enable the future of humanity – to
Make the world a better place”
(A vision that extends beyond himself)
How was he going to do this -&nbsp;
His Mission
The areas he chose&nbsp;
the internet&nbsp;
sustainable energy;&nbsp;
space travel;&nbsp;
rewriting the human genetic code;&nbsp;
and&nbsp;
artificial intelligence (AI).&nbsp;
He questioned whether rewriting the human genetic code and AI would have a beneficial or detrimental effect on humanity, and therefore decided to base his life’s work on the first three.&nbsp;
Mission 1. The Internet&nbsp;
“It seemed like I could either do a Ph.D. and watch the internet happen or I could participate and help build it in some fashion.”
He Took Action!!!
In 1995, he co founded Zip2 with his brother, Kimbal. Zip2 would grow into an online map that listed local businesses, signing up major newspapers such as The New York Times, who could use the platform to advertise local businesses such as restaurants and gyms to their online readers. Now common, but in 1995 was a first – competing with the yellow pages.
Elon and Kimbal would literally live out of their tiny office, working there during the day and sleeping there at night.
Zip 2 raised VC , forcing Musk to hand over the day-to-day management to someone else. Four years later, Compaq acquired Zip2 for $307 million in cash and $34 million in stock options, making Mysk $22 million from the sale.
He immediately invested $10 million into his second start-up, enabling people to transfer money over the internet.&nbsp;
X.com made immediate payments a reality by taking the world of financial payments online. ‘Money is really just an entry in a database. It’s low bandwidth so it seemed like something that should really lend itself to innovation,’ Musk would tell Bloomberg Business in 2014.
One year after launch, X.com merged with Confinity to create PayPal – which would go on to become the leading payment system in the world. In 2002, eBay bought PayPal for $1.5 billion. As the largest shareholder, at 11.7%, Musk made $180 million from the sale.
Mission one complete.
Mission 2 and 3 space travel and sustainable energy – is what has made him legendary
In 2003 he founded SpaceX, ‘to enable people to live on other planets’.&nbsp;
He believes that eventually there will be an extinction event on planet Earth, and at that moment, it will be important for humanity to be multi-planetary.&nbsp;
Having a self-sufficient civilisation on Mars ensures the survival of human consciousness.&nbsp;
Therefore, this mission clearly falls within Musk’s vision of enabling the future of humanity.
Musk travelled to Russia three times in an attempt to buy a second-hand rocket. After several negotiations with the Russians failed, he decided that the biggest challenge of starting a rocket company was not in fact the price of existing rockets but rather that there had been no innovation in rocket engineering in 60 years.
How can SpaceX create a rocket that was affordable – enabling a private company to launch into space, with a goal of enabling us to inhabit Mars?
He had dish a sense of purpose that he was peepare dot invest all!
The risk of failure was and is &nbsp;massive – Musks genius is that – that is ok!!! He does not lose – he either wins or learns!&nbsp;
And Mission 3 &nbsp;sustainable energy. In 2004, he invested in and eventually took a controlling stake of and became CeO of Tesla, building top-quality cars based on sustainable energy and clean fuel.. 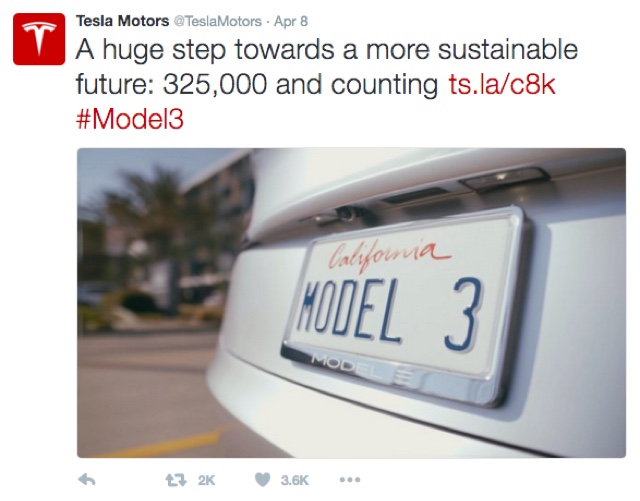