Uber for…… A sharing economy

Uber for…… A sharing economy

Uber for carers and seniors – Honor

What it is: Honor matches seniors with professionals who can take care of them in their homes while giving concerned family members a way to keep track of everything. Unlike on-demand services like Uber and Lyft that let people accept jobs right away, Honor wants its home-care professionals, who start at $15 an hour, to foster long-lasting relationships with seniors. Honor tries to teach them what to expect and pair them up with seniors with whom they can work well. For example, a senior who speaks Mandarin Chinese can opt to match with a home-care professional who also speaks Mandarin.
Funding: $20 million from Kevin Colleran, Slow Ventures, Homebrew, Jessica Alba, Jeremy Stoppelman, Max Levchin, Kapor Capital, Andreessen Horowitz
Website: https://www.joinhonor.com/
Uber for Hair 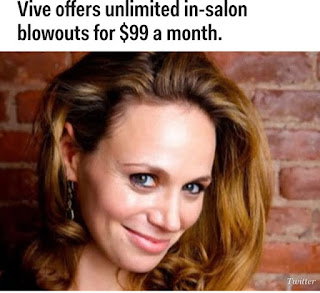 What it is:  For $99 a month, Vive lets customers get as many blows rya as they want from hair salons in their city. Alanna Gregory, the company’s founder, had a hard time finding a place to get her hair blown out aside from Drybar, which books up weeks in advance. Vive has launched in beta in New York City.
Uber for Trucking – Convoy
What it is: While Uber wants to the be the logistics network for the world, one startup is taking on the industry that Uber hasn’t gained a stronghold in: trucking. The Seattle-based startup pairs shippers with trucks, eliminating the need for brokers and finding the right truck based on the cargo, capacity, equipment needed, and price. The startup is geared more towards local and regional rather than long-haul trucking, giving truck drivers the option to make more money but still get home for dinner. Sound like Uber, much?
Funding: $2.5 million from Amazon CEO Jeff Bezos, Salesforce CEO Marc Benioff, Dropbox CEO Drew Houston, eBay founder Pierre Omidyar, and ex-Starbucks president Howard Behar
Website: https://convoy.com/
Uber for Programmers – gigster
What is it: Gigstet connects software and app development teams with the company that needs them. As a customer, you write, in plain English, what you want your business app to do. Then, Gigster analyzes your request, figures out the best team for the job — including programmers, product managers, and designers — and gives you a flat quote with a guaranteed price
Funding: $10 million Series A
Website: https://gigster.com/

What it is: Oscar Salazar, Uber’s founding CTO and third cofounder alongside Garrett Camp and Travis Kalanick, launched Ride earlier this year to make commuting less of a hassle. Ride is focused solely on commuters and carpooling and it wants to create efficiency there, particularly in places where public transportation is not readily available. It works by matching a company’s employees — people who likely have their own cars but want to save money by riding together — with coworkers who share similar commutes.
Funding: None announced.
Website: http://www.ride.com/