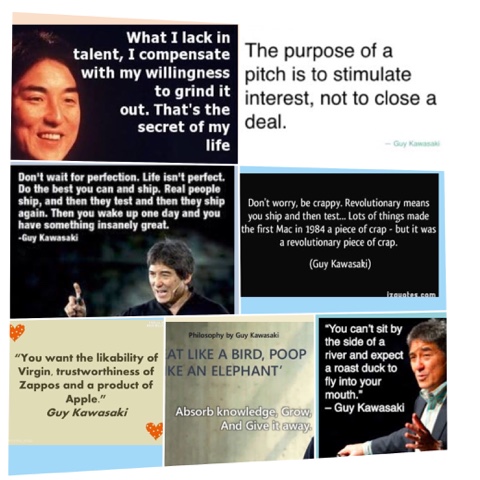 1. Multiply big numbers by 1pc
If only 1 percent of Entrepreneurs in Australia will join BBG, it will turn $15m make a profit of $5m and be worth $100m and multiply that by 10 countries! (If only!!!!!)
I hear plans along these lines every day. Huge mistake. It is hard to get 1 percent. Plus I don’t think any investor wants to hear that you want to get a mere 1 percent.
Be realistic with your projections. Work from the bottom up… What is your warm lead base, how many will look at the proposition , how many will you convert – based on market research or an actual sample!
2. Scale too fast
Build infrastructure and business doesn’t come! Be sure to build a laser focussed plan – to scale an already successful model – before diluting to build infrastructure
I’ve never seen a business going broke by making sure more money goes out than comes in!!
Case in point Atlassian ! Most successful Australian startup!
Case in point… 2 technologies in competing space
Company A – raised $8m – built infrastructure – entrepreneurs energy focussed on cap raise and infrastructure… Cash burn – Entrepreneur’s vision is diluted with hired gun CEO – business sca
Company B – small team – laser focus on serving customers and building what customer wants – from 6 people – living on beer and pizza – now with annuity of $1m plus per annum and writing $100k plus a quarter
Make sure you have built a solid small business with a set of core customers – then think about the next step in scaling your business.
3) Focus on partnerships.
Most partnerships and JVs are just blowing smoke. Most partnerships are bullshit.
Sales solves most things and fixes most mistakes! (Money talks and bullshit walks)
4. Focus on the pitch.
Most entrepreneurs are so focused on the pitch that they think the most important tool is PowerPoint. The reason for your company is not to raise money. The end goal is to create customers.
A prototype and a demo is worth a thousand PowerPoints.
(Download Referron and have a play! )
5. Use too many slides
10:20:30 rule
10 points
20 minutes
30 point font
DONT
In the first minute, explain what you do. Not who you are. Nobody gives a shit. If you need money, it’s because you’ve not been successful so far.  … don’t tell about your team. Focus on what you do…. What is the pain you have solved
Canva …. “We have democratized design so people don’t have to buy Photoshop and spend weeks learning.”
Referron ….” We have enabled people to easily refer (within 3 taps) and track measure and reward referrals! “
6. Proceed serially.
First raise money, then hire team, then get sales, then go public. But life is not serial.
I need to raise money, hire, sell, support all at the same time. Life is a bitch.
7. Retain control.
Retaining control is a delusion. You think if you have 51 percent of the company, you control it. You are a tool, a means to an end to the investor. They want to give you a dollar and make back $50. If they don’t – they will fuck you over!
Have a small percentage of a Google or Apple rather than 51 percent of a piece of crap.
8. Use patents for defensibility.
It will impress your parents. The ideal number of times to use “patent” in your pitch is one. But you won’t win a patent lawsuit against Google or Apple or Microsoft. The exception to this may be biotech, but generally don’t say patents make you
Focus on building your business…. Scale makes you defensible.
(Too many examples of this!!)
Scale makes you defensible.
9. Hire like you.
If you’re male and white, you hire male and white. If you’re young, you hire young.
If you’re a kid, you need an adult. If you’re a man, you need women. It takes two women to overcome the stupidity of one man. Hire people who are different from you.
10. Befriend your investors.
You think they really like you. That they have faith in you. That is a very tenuous relationship. Accept the role that you are a means to an end.
As long as you exceed expectations, it will be a friendly and cordial relationship.
Being an Entrepreneur is not for the faint hearted! Welcome to club fear!!!!