by Rosabeth Moss Kanter  |   7:00 AM August 1, 2012
Whether the game involves competing every four years in the Olympics or every day in a business, winning brings advantages that make it easier to keep winning.
To understand sustainable success, I compared perpetual winners with long-term losers in professional and amateur sports and then matched the findings to business case studies for my book Confidence. The sports were a comprehensive mix including women’s soccer, men’s and women’s college basketball, major league baseball, U.S. football, international cricket, and North American ice hockey.
I found that winners gain ten important advantages as a result of victory — and that smart leaders can cultivate and build on these advantages to make the next success possible.
1. Good mood. Clearly everyone feels good about winning, while emotions sag at failure. Emotions affect performance. Positive moods produce physical energy and the resilience to persist after setbacks. While losers use any excuse to stop, winners sometimes play on even while injured, lifted by a kind of winners’ high. Moreover, psychologists find that moods are contagious. Winners’ exhilaration is infectious. Losers’ gloom can be toxic. 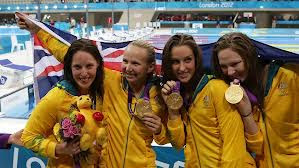 2. Attractive situation. Whether at children’s soccer games or in the office, losers go home early. Winners stick around. My studies show that there is less absenteeism or tardiness in organizations known for their successes. There is also more solidarity, because people spend more time together feeling good about what they can accomplish. More time together brings more chances for information-sharing and mentoring.
3. Learning. Losers get defensive and don’t want to hear about their many failings, so they avoid feedback. Winners are more likely to voluntarily discuss mistakes and accept negative feedback, because they are comfortable that they can win. Because they are confident about the possibility of winning, they see practicing as a route to a positive outcome, not as a punishment. For athletes, practice matters. Winning is often found in mastery of the details. As a former student found in studies of swimmers who did and didn’t qualify for the Olympics, excellence consists of examining and improving many small processes and routines.
4. Freedom to focus. As every golfer and tennis player knows, you must keep your eye on the ball. Losers often punish themselves in their heads. Winners have fewer distractions. Golf pro Tiger Woods won nearly every championship until hit with personal problems of his own making, which was followed by loses on the golf course.

5. Positive culture of mutual respect. For anyone who plays on a team, winning makes it easier to respect and listen to one another, because after all, if you win together, then the presumption is that everyone is a good player. Winners can maintain high aspirations and act generously toward others. Losers are more likely to blame others and disdain them as mediocre, creating a culture of finger-pointing and infighting. 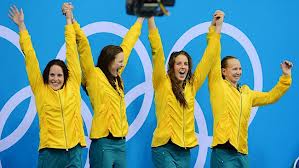 6. Solid support system. Behind every high performance athlete or team is a cadre of coaches, friends, and fans that fuel motivation. Winning enlarges the circle of backers. Losing erodes support. For instance, the cheerleaders for one perpetually losing college football team used to leave the stadium at half-time. When even their cheerleaders feel they won’t win, how can athletes gear up for the next try? 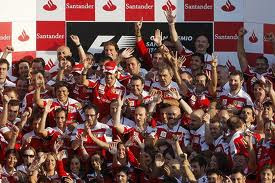 7. Better press. It’s not just the buzz at time of victory that separates winners from losers, it’s also the more favorable story about the past and future. Winning provides a halo that makes everything seem to glow. Losing causes observers and analysts to probe for reasons in a rewritten version of the past that makes continuing losses seem inevitable.

8. Invitations to the best parties. Really. Winners get invited to the White House, Buckingham Palace, key conferences or exhibitions. They gain access to networks and relationships that confer benefits that maintain winners’ momentum, such as early information or better deals. Who invites the losers? 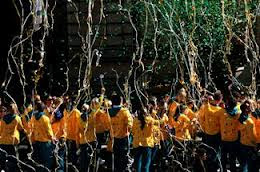 9. Self-determination. Winners have more control over their own destiny. “Why tamper with success?” we often say. Winners are left alone, getting a free pass on reviews.  Losers get attention of the negative kind. They are encumbered with “help” — special committees, audits, reviews, frequent visitors. Enough of that, and losers spend their time in meetings instead of practicing and improving performance.

10. Continuity. Lose too often, and heads roll. New coaches, new strategies — like HP’s lurching between hardware and software or Yahoo’s parade of exiting CEOs. High turnover consumes time and attention. More time spent getting people on board leaves little time to fully execute any particular game plan. It’s hard to start winning again until the situation stabilizes. Winners have the luxury implementing long-term strategies and planning for orderly succession.
Winning streaks eventually end because winners can get over-confident, slipping into arrogance or complacency, or because the competition gets better. But leaders can build on the advantages of winners to encourage a positive spirit, disciplined focus, mutual respect, lots of practice on the details, and lasting support systems that can make successes and comebacks more likely.
More blog posts by Rosabeth Moss Kanter
More on: Morale, Organizational culture, Personal effectiveness