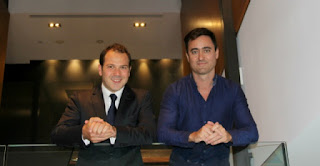 Melbourne HR tech startup LiveHire has raised $10 million through an IPO that valued the company at $40 million.
Founders  Michael Haywood And Antonluigi Gozzi says it’s a company-wide rule to not check how the startup is faring in the public market.

“We have a rule that people in the business can’t talk about the share price,” Gozzi tells StartupSmart.
We’re here to build a global tech company.”
According to its prospectus, LiveHire had revenue of $135,570 for the year ending December 31, 2015, and a net loss during this time of more than $2.1 million.
But after completing four private funding rounds, Haywood says the time was right to take the company public, despite the low revenue.
About listing , Haywood says
“All investors in Australia who want to participate in an Australian tech company now can make up their mind if they want to participate.”
The cash injection from the IPO will be used to accelerate LiveHire’s growth strategy in Australia and look to expand internationally, as well as developing sales and business development capabilities and investing in the company’s technology.