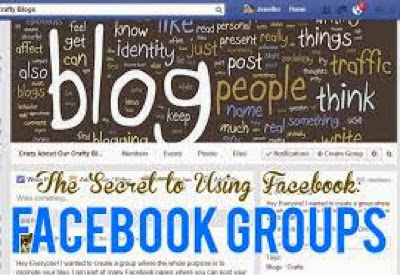 Regular readers of this blog will be familiar with my ongoing commentary about Business Groups within social networks.
If you aren’t so regular, social networking Groups are special interest Groups established within social networks to discuss anything concerning that special interest – be it sport, tv shows, politics or in this case business.
And the Facebook Group this blog has been watching carefully since its inception a few years back is State Government operated “I am a business owner in Victoria”.
When Business Victoria launched this Group your blogger questioned its choice of social network.  I couldn’t reconcile why it would want to start a Group on a consumer network like facebook when LinkedIn was clearly the social network for business communication.
To me it seemed a bit like ‘Big 4’ business consulting firm Ernst & Young advertising in teenage mag Dolly.
Right idea, wrong vehicle.
Roadtesting Facebook
But I thought I should at least give it a go as these things have a habit of proving pundits wrong.
And for quite a while, I thought it had done exactly that.
Here was a Group of (apparently) smaller business operators discussing all manner of business topics – everything from taxation to digital to marketing and of course some blatant self promotion.
As the conversations flowed and the numbers kept rising (there are nearly 6,000 members at the time of publication), I thought that maybe Facebook was in fact proving itself to be a wise choice of social network for business operators – at least smaller ones.
But it wasn’t long before some cracks started to appear in the Group.
A consumer underbelly
Firstly, because all members are (unlike Facebook) not immediately identifiable as business operators, it was often unclear who in fact you were conversing with and what their particular perspective was.
Whilst the rules of the Group stipulate you should either be operating a business or thinking about operating one, many of the Members do not disclose their own business.
The notion of not stating the business you belong to begs two key questions.  The first is ‘what do you have to hide?’ particularly as membership represents a great opportunity to promote your business.
The second is ‘are you a competitor?’.  If a member doesn’t state their business, there’s every chance that you could be offering some pretty useful advice directly to a competitor.
These issues don’t exist in LinkedIn where you are clearly and directly associated with a business and if you aren’t, Group members either report you or have you removed from the Group.
Then there is the culture of Facebook.
Cultures Clash
In LinkedIn, the language and culture is respectful and professional.  It’s a business network, so the standard conduct of business is largely observed and maintained.
But the culture of Facebook is more akin to a schoolyard.  All kinds of weird and wonderful conversation and personalities and of course plenty of well documented bullying.
Whilst members of “I am a Business Owner….” can be reported to the Group moderators for breaching its Rules, the language of the Group is still (rightly or wrongly) what you would expect in Facebook – plenty of good advice but just as much lol’s, winks, jokes, tv habits and unfortunately, misbehaviour.
In many cases, the Group self regulates any untoward behaviour but much often escapes un-noticed.
In at least one case, a family member of another Group member was openly endorsing their family business without disclosing their relationship to it.
In LinkedIn, this kind of behaviour would not only be obvious because your business identity would be clear, but you would run the risk of ruining the very reputation you are trying to enhance via your commentary.
Hijacking and railroading
Another very common occurrence within the Group is the practice of hijacking competitor’s posts.
If some competitive members don’t like your Post, they will call on their Friends to effectively ‘gang up’ on the Post, not only negating it but making it so full of industry chatter that any objective onlooker will be switched off pursuing it, in turn negating any promotional or profile raising benefit the Poster might gain.
Again, this is a practice I’ve never seen in six or more years of using LinkedIn.
These are just a few issues among many that are peculiar to Facebook as distinct from LinkedIn.
This isn’t to say that the Group isn’t a valuable resource to its Members, it generally is.  Some members show extraordinary generosity in genuinely assisting other members with their particular business issue while others generate impressive sales leads from their participation in it.
Much of its conversation is polite, respectful and useful.
But whether Facebook is the correct network for it very much remains to be seen.
In addition to being a leading eBusiness educator to the smaller business sector, Craig Reardon is the founder and director of independent web services firm The E Team which was established to address the special website and web marketing needs of SMEs in Melbourne and beyond.  www.theeteam.com.au