Can Beaurocracy and Innovation co-exist

Can Beaurocracy and Innovation co-exist 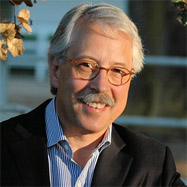 Last year, I was privileged to hear the legendary Gary Hamel talk –  Gary  has been called the world’s “most influential business thinker” (Wall Street Journal) and “leading expert on business strategy (Fortune).
Below  is a summary of why he thinks large organisations find it difficult to innovate and what they need to do to change

Large organizations of all types suffer from an assortment of congenital disabilities that no amount of incremental therapy can cure.
1.  they are inertial.
Because they are in a zone of comfort – there is no need to change in the absence of crisis – (why change what’s not broke?)
Deep change, when it happens, is belated and convulsive, and typically requires an overhaul of the leadership team. Absent the bloodshed, the dynamics of change in the world’s largest companies aren’t much different from what one sees in a poorly-governed, authoritarian regime.
WHY – there a few if any mechanisms mechanisms that facilitate proactive bottom-up renewal.
2. They are incremental.
As business grows, the leaders become farmers and not hunters!  There function is to create an organise Beurocracy, with standards and structured to encourage standardisation – which is in direct conflict with innovation! They are in pursuit of operational efficiency – that is their kpi!
These structures are toxic to break-out thinking and relentless experimentation.
They strive for innovation – and acquire young companies that haven’t yet lost their own innovation mojo (but upon acquisition most likely will).
3. They are emotionally sterile.
We rarely see them galvanize the sort of volunteerism that animates life on the social web.  Initiative, imagination and passion can’t be commanded—they’re gifts. Every day, employees choose whether to bring those gifts to work or not, and the evidence suggests they usually leave them at home.
In Gallup’s latest 142-country survey on the State of the Global Workplace, only 13% of employees were truly engaged in their work.
Imagine, if you will, a car engine so woefully inefficient that only 13% of the gas it consumes actually combusts. That’s the sort of waste we’re talking about. Large organizations squander more human capability than they use.
Inertial.  Incremental.  Insipid.  – will create destruction vs growth.
Allen Pathmarajah has an amazing model of the lifecycle of a business from creation to death of a business!
Hamel says that the following innovations are ok, but are fiddling at the margins! —idea wikis, business incubators, online collaboration, design thinking, “authentic” leadership, et al—are no more than minor tweaks.  They are unlikely to be any more effective than the dozens of “fixes” that came before them. Remember T-groups, total quality management, skunk works, high performance teams, “intrapreneurship,” re-engineering, the learning organization, communities of practice, knowledge management, and customer centricity?
All of these were timely, and a few genuinely helpful, but none of them rendered organizations fundamentally more adaptable, innovative or engaging.  Band-Aids®, braces and bariatric surgery don’t fix genetic disorders.

How do we build an organizations that is fit for the future ?

We need to change our foundational beliefs to build an organisation that
We need to change the core values and DNA of modern management and boards —it’s not easy to change what’s not broke! There is too much self interest
The operating system of most organisations is based on beaurocracy – top down
Strategy gets set at the top. Power trickles down. Big leaders appoint little leaders. Individuals compete for promotion. Compensation correlates with rank. Tasks are assigned. Rules proscribe actions. Managers assess performance.  This constitutes the operating system for virtually every large-scale organization on the planet.
Ask just about any anyone to draw a picture of their organization—be it a Catholic priest, a Google software engineer, a nurse in Britain’s National Health Service, a guard in Shanghai’s Hongkou Detention Center, or an account executive at Barclays Bank—and you’ll get the familiar rendering of lines-and-boxes.
This isn’t a diagram of a network, a community or an ecosystem—it’s the exoskeleton of bureaucracy; the pyramidal architecture of “command-and-control.”
THIS STRUCTURE KILLS INNOVATION , STIFLES GROWTH and PERPETUATES the PAST
When the responsibility for setting strategy and direction is concentrated at the top of an organization, a few senior leaders become the gate keepers of change. If they are unwilling to adapt and learn, the entire organization stalls.  When a company misses the future, the fault invariably lies with a small cadre of seasoned executives who failed to write off their depreciating intellectual capital.  As we learned with the Soviet Union, centralization is the enemy of resilience.
You can’t endorse a top-down authority structure and be serious about enhancing adaptability, innovation or engagement.

Managers want conformity, manage the future based on the past – want and need regularity and certainty
Growth and innovation and out the box thinking comes from irregular people (the misfits) with irregular ideas who create the irregular business models that generate the irregular returns.

In this environment, what do we need to succeed?

Control and Rigidity  cripples organizational vitality.  Adaptability, whether in the biological or commercial realm, requires experimentation—and experiments are more likely to go wrong than right.
Failure and failing should be rewarded and applauded?
Shrink an individual’s scope of authority, and you shrink their incentive to dream, imagine and contribute.  It’s absurd that an adult can make a decision to buy a $20,000 car, but at work can’t requisition a $200 office chair without the boss’s sign-off.

Make no mistake: control is important, as is alignment, discipline, focus, accountability and all the other liberty-limiting virtues so beloved by accountants and engineers—but freedom is equally important.
If an organization is going to out-run the future, individuals need the freedom to bend the rules, take risks, go around channels, launch experiments and pursue their passions.
An organisation needs both and do not necessarily need to be mutually exclusive!
It’s the ying and yang of business
Great  leaders, like Apple’s Tim Cook or HCL Technologies retired CEO, Vineet Nayar understand that the first priority is to do something truly amazing for customers,
Do shareholders want to invest in sustainability and growth or short-term ROI calculations?
The gains that could be reaped from creating organizations that are as fully capable as the people who work within them will be the winners.
To succeed, businesses must do more than fiddling at the margins.
We can cure the core incompetencies of the corporation—but only with a bold and concerted effort to pull bureaucracy up by its roots.