Analysis of The All Ords and the Dow Jones

Analysis of The All Ords and the Dow Jones

Analysis of the All Ords

Below are some of my observations. I would be interested to hear your views. 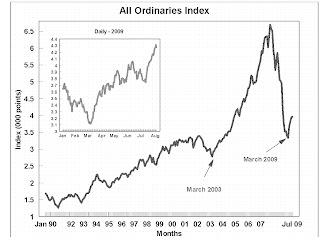 Is the following a reasonable projection?

Have the fundamentals changed so much?

Do the BRIC Countries still need to develop infrastructure at a rapid rate, and have they got the MAD (Motivation, Authority and Desire) to do so?

It is my view that it is still a good time to invest in the markets.

I have no doubts that there will be fluctuations during the next 10 years, however, I believe the fundamentals of the the Australian Economy is strong. The Financial System and Infrastructure is robust, It is politically stable, the government is committed to continue to invest in Infrastructure and Innovation, and all political parties are open for business.

Analysis of the Dow Jones 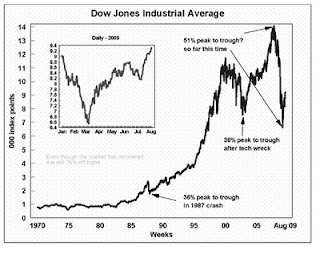