This great quote from Leonard Bernstein was shared,” “Two things are necessary for great achievement: A plan, and not quite enough time.” I learned that Leonardo DaVinci toiled for 16 years on the Mona Lisa. I learned that while procrastination can be a vice to productivity, it can be a boon to creativity.

Riccardo Sabatini, showed us the amazing potential from us understanding  the entire human genome 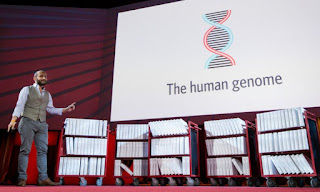 
At TED, Microsoft showed their Hololens augmented reality headset. It precisely maps the room, and projects objects that you can interact with directly and seamlessly into your environment.

My mind was blown looking at the possibility below of imagining a future where you can walk around in a magical forrest. Look how amazingly realistic the surface is, and how close you can get to the experience.I VR and AR is going to have a dramatic effect on  entertainment, educational, and productivity applications beyond anything we can easily imagine today.

I can’t wait to see what kinds of impact these ideas have in the future.