DFJ Esprit’s Nic Brisbourne breaks down Paul Graham’s 18 reasons why startups fail and recommends using them as a users’ manual to success, especially the delicate balance of raising too much or too little capital.

Paul Graham just published an essay which details eighteen reasons startups fail. As he points out, somewhat tongue in cheek, an exhaustive list of reasons why startups fail is actually a prescription for success, and therefore a very big ask. That doesn’t stop him trying though. And who better to have a go?

The whole essay is worth reading, but for those of you that don’t have time I’m going to pull out two of his points.

Firstly, Graham makes the point I have heard him say many times now, that by far the most common reason for startup failure is not making something users want. The eighteen reasons that follow are, in a sense, sub-reasons. Every time I hear this I make a mental note to myself make the question ‘how do you know users want what you are building?’ more prominent in our due diligence process, because at the end of the day if you build something people want then you are generating value and that means your company will most likely be worth something to somebody, even without a business model.

The problem is not so much the money itself as what comes with it. As one VC who spoke at Y Combinator said, “Once you take several million dollars of my money, the clock is ticking.” If VCs fund you, they’re not going to let you just put the money in the bank and keep operating as two guys living on ramen. They want that money to go to work. At the very least you’ll move into proper office space and hire more people. That will change the atmosphere, and not entirely for the better. Now most of your people will be employees rather than founders. They won’t be as committed; they’ll need to be told what to do; they’ll start to engage in office politics.
and:

Perhaps more dangerously, once you take a lot of money it gets harder to change direction. Suppose your initial plan was to sell something to companies. After taking VC money you hire a sales force to do that. What happens now if you realize you should be making this for consumers instead of businesses? That’s a completely different kind of selling. What happens, in practice, is that you don’t realize that. The more people you have, the more you stay pointed in the same direction.
My general advice for startups is to keep their burn as low as possible until they reach product-market fit at which point they should raise a Series A to accelerate growth. When raising money they should raise enough to get 6-9 months past the next meaningful value milestone. Graham lists value milestones as working prototype, launch, and then significant growth. 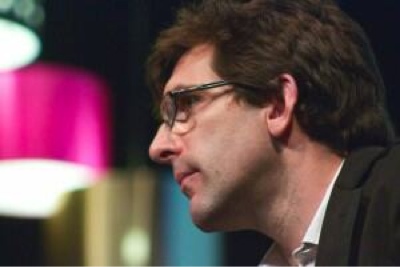